Claudio Rocchi, born in Assisi (PG), he has studied singing since he was twelve at the Music Common School in Bastia
Umbra, then at the Opera Association “P. Mascagni” in Ancona and at the Conservatory “F. Morlacchi” in Perugia.

From 2000 to 2005, he has been a Luciano Pavarotti’s student.
His music Master was the most important mentor for him.

He has attended the Master Renato Bruson’s specialization school at the Opera Theater in Rome (2008) At the same time he has started a course with the Conductor and music score Master Sergio La Stella.
"After the study of the music score with the Master Conductor Roberto Manfredini, is currently followed by the Professor Master Stefano Ragni and by the famous Mezzosoprano Bruna Baglioni for the improvement."

He has performed various roles: in May 2010 Turiddu in “Cavalleria” Rusticana at the Olympic Theatre in Rome, in November 2013 he was Mario Cavaradossi in “Tosca” Opera at the Olympic Theatre in Rome.
In May and June 2014, he performed Canio in “Pagliacci” Opera at the Brancaccio Theatre in Rome and at the Flavio Vespasiano Theatre in Rieti for the Musical Association Tito Gobbi; in July 2014 he was Rodolfo in “La Bohème” Opera in Arezzo.
In a concert performance he has played the role of Radames in the “Aida” Opera, ichard in “A masked ball” and Pinkerton in “Madama Butterfly”.
He took part in numerous concerts in Italy and abroad: France, Hungary, Austria, Switzerland and Malta.
Recently, he has participated in the Bel Canto Festival in Mragowo (Poland), he has been the main character of the Opera “La Bohème” and he has taken part as special guest in various concerts during the festival. (July 2016 and June/July 2017)

He participated in numerous concerts in Italy and abroad: France, Hungary, Austria, and Switzerland.
In 2012, he took part in the performance “Puccini’s Women”, an idea of Francesco Landini (journalist of The Opera magazine) with Maria Francesca Siciliani’s direction.
In Brescia, at “Villa Fenaroli”, he has been a performer with other artists in the concert in memory of the Tenor Salvatore Litricia.
In 2013, in Gozo (Malta) he received the Mediterranean Reward. 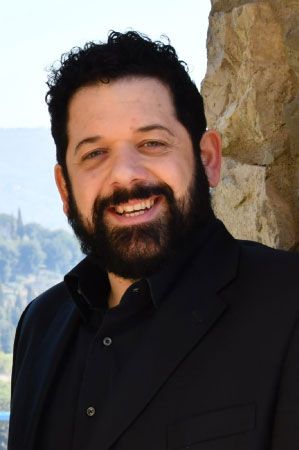 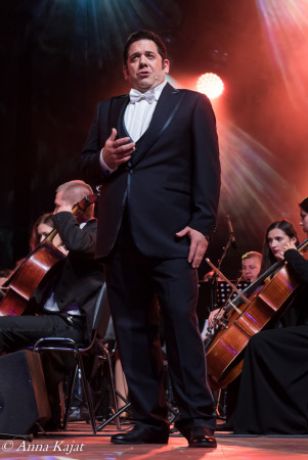